Tara needs no introduction as a socialite but many will be surprised by the  quality of her new single ‘5 Seconds’ and album ‘Flawed”. The album certainly profiles Tara in a manner that has generally been kept under wraps, that of a talented musician and songwriter. 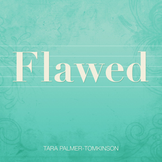 the release Tara launched single ‘5 Seconds’ on Loose Women this week. The former I’m a Celebrity…Get Me Out Of Here! star gave her first live performance of the song from her album Flawed, which she has been working on since taking part in Comic Relief Does Fame Academy five years ago.

Tara has said: “I sing and play piano and it’s all me in there. I couldn’t write an autobiography. This is my autobiography. I’m proud of it. It sounds quite like Dido.”