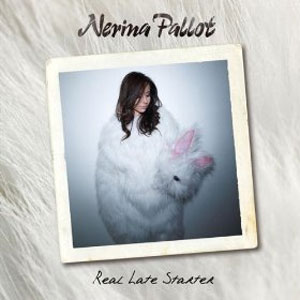 Nerina Pallot is a platinum selling, BRIT Award and Ivor Novello Award nominated British singer and songwriter. In 2007 Nerina Pallot was nominated for a Brit Award in the Best British Female category won by Amy Winehouse. Releasing her third studio album “The Graduate” in 2009, on her own label. Nerina worked with many writers for the album but when it came down to the final tracklist only Pallot written material has made the cut. She wrote in her blog that she had approximately 60 viable songs. The album title refers to Pallot’s 2009 graduation from university with a first-class honours English Literature degree.

Nerina Pallot and her husband Andy Chatterly wrote the title track and third single, “Better Than Today” from Kylie Minogue’s 2010 studio album, “Aphrodite”. Pallot signed with Geffen Records and released “Year Of The Wolf” in 2011.