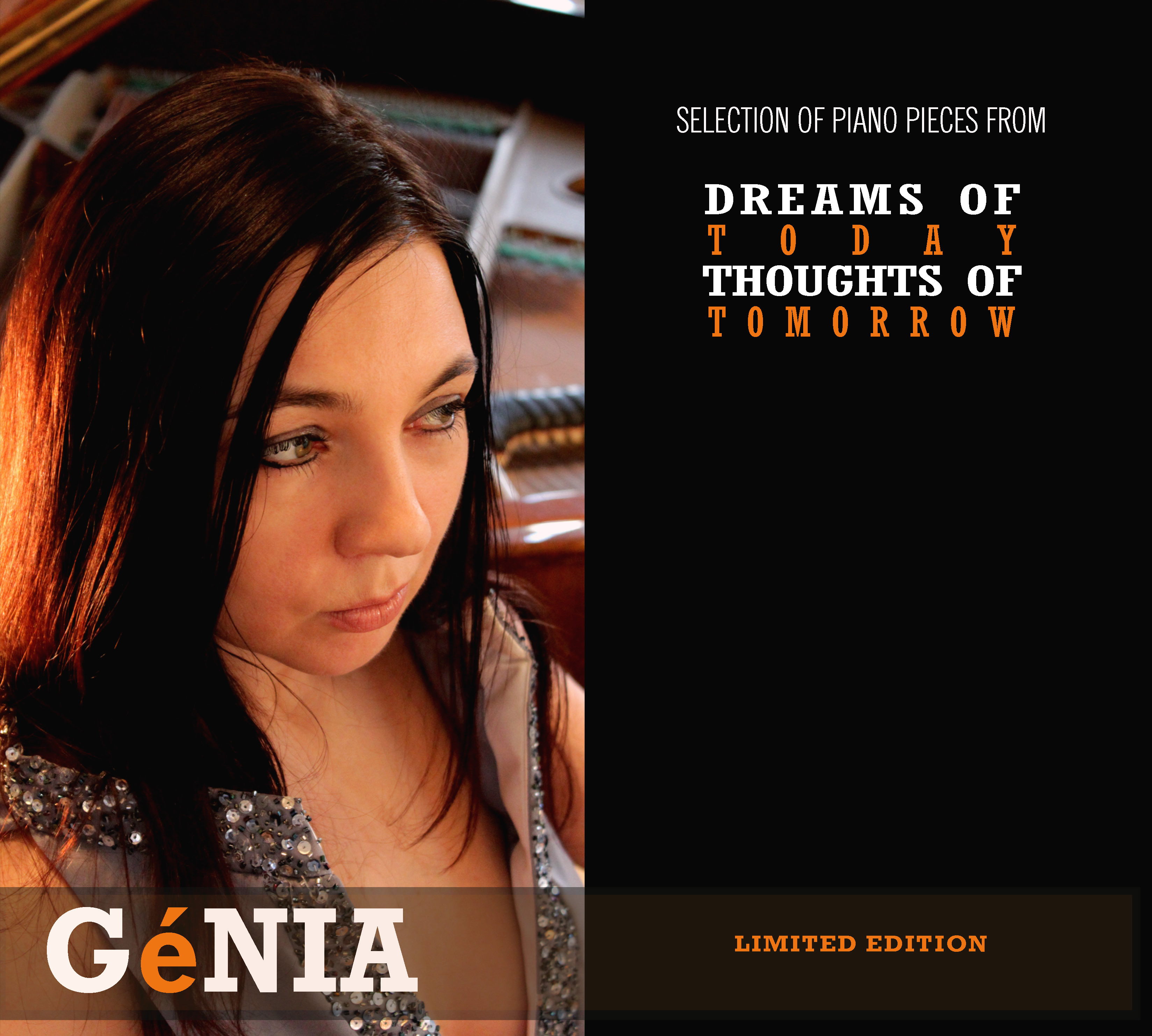 Génia is a Russian London-based virtuoso concert pianist. She graduated from Guildhall School of Music & Drama in 1999 and has since gone on to perform and collaborate in a number of settings, including at the Wigmore Hall, Barbican Centre, South Bank Centre, St Martin-in-the-Fields, Olympia London and Cargo. She has also appeared as soloist on soundtracks for the award-winning films “Bookcruncher” and “Paradise Grove”.

Her interviews and 5 official recording releases have been featured in various broadcasts for BBC radio 1, 3, 4, 5 and BBC 4 PROMS. Her 5th Release, ‘Dreams of Today, Thoughts of Tomorrow’ is a collection of 5 songs, inspired by What Génia describes as ‘the idea of people thinking about their lives, whether past, present or future, while having a cup of coffee’, and was mastered here at Blue Pro.