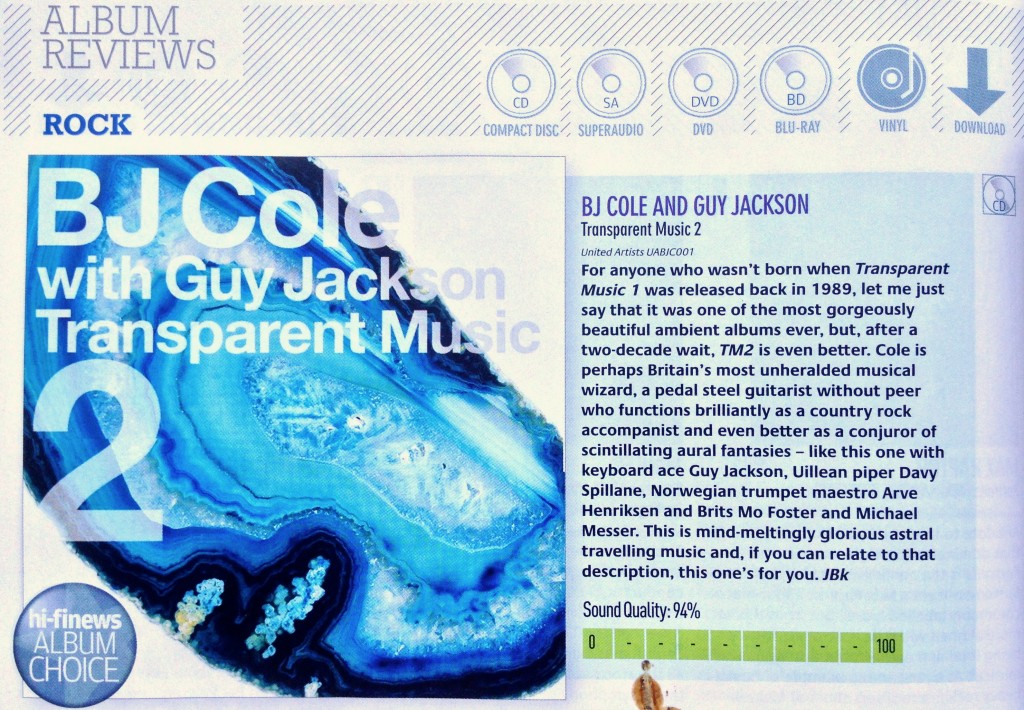 The latest HiFi News issue (November 2012) has given a great review for the new BJ Cole with Guy Jackson release ‘Transparent Music 2’, the very long awaited sequel to the outstanding 1989 classic ‘Transparent Music’.

“For anyone who wasn’t born when the original Transparent Music 1 was released back in 1989, let me just say that it was one of the most gorgeously beautiful ambient albums ever, but, after a two-decade wait, TM2 is even better. Cole is perhaps Britain’s most unheralded musical wizard, a pedal steel guitarist without peer who functions brilliantly as a country rock accompanist and even better as a conjuror of scintillating aural fantasies – like this one with keyboard ace Guy Jackson, Uillean piper Davy Spillane, Norwegian trumpet maestro Arve Henriksen and Brits Mo Foster and Michael Messer. This is mind-meltingly glorious astral travelling music and, if you can relate to that description, this one for you. JBk. Sound Quality: 94%”
The nine track album was mastered by senior mastering engineer John Webber at Blue Pro Mastering earlier in 2012 and is now available on general release through stores such as iTunes and Amazon amongst others (CD and Digital).